We've waited two weeks for this darn game... it's about time! Let's hope the Bears are tired of waiting too, when they play the Falcons in prime time on Sunday Night Football, 7:20 CT on NBC.

While the Bears had the weekend off and sat on their couches, the Falcons traveled far to the West coast and absolutely destroyed the 49ers 45-10. There's not much to say about that game, since the score pretty much sums it up. However, one thing I'd like to note is that the Falcons were coming off their own bye week prior to that match-up, and through the first 3 games of the season, Roddy White had been almost invisible. During the bye week, White sat down with head coach Mike Smith to have a good, friendly chat about what was going on. The two determined that Roddy just had to relax and be himself... and not "press" on the field. Well... White responded with 8 catches for 210 yards and 2 TDs. Not too shabby. Luckily for me, I had just picked up White for my fantasy team, and was rewarded right away. I'm starting him again this week against the Bears crappy pass defense. 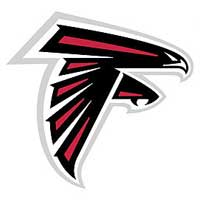 When the Falcons have the ball.
It all starts with the QB, and Matt Ryan is proving to be one of the best young QBs in the NFL, after being drafted 3rd overall in 2008. That's very impressive, especially in a league suddenly filled with great young talent at the position. Not to be overlooked, we have Ryan's supporting cast... Atlanta's offensive line has been brilliant in pass protection so far this year, as Ryan has only been sacked twice in 4 games. With such great protection, Ryan has had plenty of time to get the ball to a group of playmakers that includes WR Roddy White (1,382 yards in 2008) and future HOF TE Tony Gonzalez. And of course, I have yet to mention RB Michael Turner (1,699 yards in 2008). Point blank: the Falcons offense is a handful for any opponent.

The key matchup: Bears LBs vs Tony Gonzalez
Brian Urlacher was the best cover LB in the game... and in the Cover 2, he was asked to cover the deep middle zone, where TEs make their payday. Without Urlacher, replacements Hunter Hillenmeyer and Nick Roach have struggled mightily in pass coverage. Thankfully, up to this point, opposing QBs have failed to expose that weakness with errant throws. However, the Ryan-to-Gonzalez connection is too good for these LBs to handle.

The X factor on offense for the Falcons:  WR Michael Jenkins
Jenkins, the #2 WR, would have led the Bears in receiving last year (777 yards in 2008). He is a deep threat and a very nice compliment to White. With the Bears secondary being so generous this year, and all of their attention focused on White and Gonzalez, look for Jenkins to burn the Bears deep on more than one occasion.

When the Bears have the ball.
The Bears have had two weeks to prepare for this match-up, and have plenty of film on the Falcons from last year's game, and this season. In theory, the extra week should have allowed QB Jay Cutler to further improve his development within the offense, and get more comfortable with his young WRs (Devin Hester, Earl Bennett, and Johnny Knox). However, the extra week also allowed Ron Turner to expand the playbook in preparation for this game. Don't be surprised to see some new sprinkles and formations on Sunday night, as the Bears could be cooking something special up for the Falcons.

The key matchup: RB Matt Forte vs the Falcons front four.
The Falcons defense is allowing a whopping 4.9 ypc on the ground this year, and Forte's knee appears to be getting healthier, after bursting for two big runs (61 and 37T) vs Detroit prior to the bye week. Look for the Bears to attack with the run, perhaps using pulls and traps that the Falcons haven't seen on film.

The X Factor on offense for the Bears: TE Greg Olsen
Greg Olsen has been relatively quiet between the 20s this year, as opposing defenses have keyed on shutting him down. However, he's still a favorite target of Cutler, with 2 TDs in the red zone. Defenses are becoming more aware of deep threat Johnny Knox, and will have to give him more attention at some point, taking some of the focus away from Olsen.

Vikings: In continuing with my weekly Vikings run D report (in the pre-season, I warned that the Vikings days of dominant run D was nearing an end, as Pat Williams turns 37 years old), Minnesota's run defense is sliding down the charts to #12 after week 5. They're allowing 3.8 ypc, and 96 yards a game, down from their #1 ranking in 2008 (3.3 and 76.9). Last week they gave up 122 yards on 4.1 ypc to the woeful Rams, and they are entering back-to-back games at home vs Baltimore and on the road at Pittsburgh. Oh, the times they are a changin. I expect the Vikings to lose one of those two games, and if the ball bounces the wrong way... they might drop both.

Packers: The Green Bay offensive line didn't allow a sack last week! Too bad it doesn't count in the box score, as they had the week off. The Packers have entered desperation mode, and called up their former tackle, Mark Tauscher, last week to help fix the situation. To put that in perspective, signing Tauscher is the equivalent of the Bears signing Fred Miller last year.

Lions: #1 pick, Matthew Stafford, is still nursing a knee injury (suffered vs the Bears), and will likely sit out Sunday's game at Green Bay. It's tough for Stafford, as he was really showing great signs of improvement with the Lions big win over Washington, and a 296 yard performance vs the Bears in Soldier Field. Daunte Culpepper will make his second straight start for the Lions, who also have knee injury concerns with their #1 play maker, Calvin Johnson.