The Bears will get to try and play spoiler, at least for one week, as they host their historic rivals from up North. As has been said before, the Bears figure to win one game that they're not supposed to win. Maybe that win comes Sunday at Soldier Field at 12:00pm CT on FOX.

The Packers: Aaron Rodgers and the Pack defense put on a good show last Monday night as they beat the Ravens 27-14.  It wasn't a game for stats, but the Packers got it done in prime time, something Jay Cutler has yet to do as a Bear. The Packers have now won 4 games in a row, in large part to their defense, which has quietly vaulted to the #1 spot in the NFL. Plus, the O-line has been giving Aaron Rodgers some better protection... something he's been dying to see. The Pack have allowed 45 sacks on the year, most in the NFL. But, they've given up just 4 sacks combined in the last 3 games.

The Bears: Hey... we won! We beat the Rams... at home... but it still counts, right? There was nothing to rave about in the Bears 17-9 win last week. Heck, they didn't even cover the spread... they averaged 3.2 ypc against a horrible run defense... they were 4-13 on 3rd down and punted 7 friggin times... and they lost the time of possession battle as well. If it weren't the Rams, it would've been another loss. 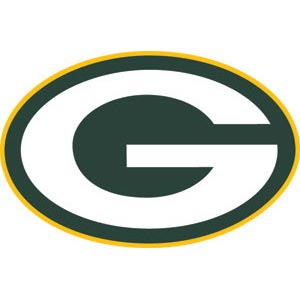 When the Packers have the ball.
This is a potent offense, led by one of the best QBs in the league. I'm still waiting for the day when I can write that about the Bears. They're our rival... we know them well... there's not much to write about here. Driver, Jennings, and Grant.

The key match-up for the Packers: RT Mark Tauscher vs DE Adewale Ogunleye
A healthy Chad Clifton has returned to Rodger's left side to hold down the fort, but Tauscher is about the equivalent of Fred Miller version 2008. Ogunleye could have a nice game and force Rodgers to move to his left.

The X factor on offense for the Packers: TE Jermichael Finley
The talented young TE is a playmaker, coming off a career 7 catch, 2 TD performance on MNF. He's becoming another go-to option for Rodgers in the red zone, and at 6'5", he's a mismatch.

The key match-up for the Bears: LT Chris Williams vs blitzing LBs in Dom Caper's 3-4
If there is one reason to watch this game, outside of the rivalry, it's the Chris Williams show. Williams gets a real good test to show he belongs at LT. His next test comes in two weeks, when he faces Jared Allen. By then, I'm wagering we'll be calling him another Angelo bust.

The Vikings finally lost their second game of the season in Arizona last week... the Bears are playing the Pack... and the Lions are still the Lions. Forgive me, but I'm gonna skimp out of this section. This crappy Bears team is wearing on me.