...where we continue to honor the memory of Chris Henry.

Pace will be a backup for the remainder of the season, barring injury.

If Pace is cut after 2009 season, it wouldn't hurt team too bad financially.

Lovie Smith speaks about the death of Chris Henry.

MVP also fined, but won't say how much.

#23 says media blew his comments out of proportion.  Crawfishing much?

Briggs: There's going to be a shake up.  A shake at the lake.

Coach Harbaugh: You see #23 in your sleep.

Jim Schwartz says large part of Lions roster made up of cast offs from other teams. 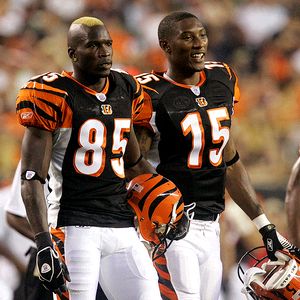