...where we hope everyone has fun and stays safe tonight!

Cutler feeling good about the team's young WRs.  We are too, Jay!

CWilliams talks about his performance at LT against the Mulleted One.

Weekly Q/A with Professor Jerry.  He seems happier this week.

Cutler says he was pointing at the clock, not giving you guys the bird.

Raiola talks about long-time friend Kreutz; offers to sell you a vowel.

Highlights from Cutler's presser.  Wouldn't it be fun if players would say what they really thought?

Pompei hands out his weekly positional report card.  What a difference a week can make.

Culpepper likely to get the nod in Motown this weekend.

Moose says he's gonna rock it til the wheels fall off.

Pisa hopes to remain in Chicago.  I'm rooting for you big guy.

Pompei talks about Cutler's numbers out of the pocket.

Morrissey talks about trust.  Say what you will about him, but the guy can write. 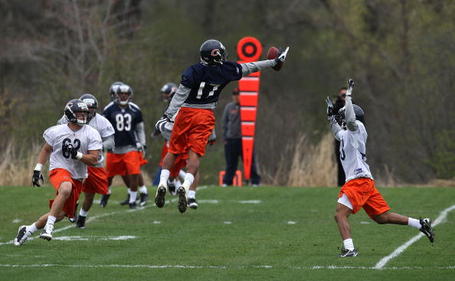