This article here is stacked with a ton good bits:

At Maryland, wide receiver Darrius Heyward-Bey reportedly put on a show in positional drills. One guy to keep an eye on there is guard Jamie Thomas. The Bears are believed to be keeping an eye on him, and they're certainly monitoring Heyward-Bey.

The Bears were also reportedly in attendance at BYU on Thursday, a duty that either fell to Marty Barrett or Teddy Monago. The Cougars had a couple of linemen worth looking at in tackle Dallas Reynolds and guards Travis Bright andRay Feinga.

The $40 million, four-year extension defensive tackle Tommie Harris signed last summer includes an $8 million de-escalating roster bonus in the final year of the deal, 2012, that requires him to go to be a Pro Bowl selection every year and be on the field for 74 percent of the defensive snaps, a figure he's reached just once during his career. Obviously, Harris didn't hit it in year one, failing to be named to the all-star game or trigger the play-time clause.

According to records, Harris was on the field for 56 percent of the snaps last season, meaning he would have been well short of the number even if he had not missed the Philadelphia game with an injury and then been suspended the final week for the game at Detroit

A little more on how Josh Bullocks will fit into the Bears plan.

Trace Armstrong is a finalist to be the new NFLPA.

I have no idea what this is... 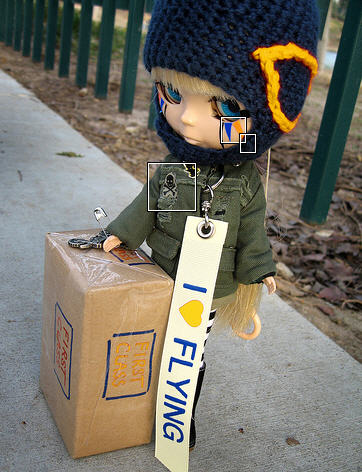