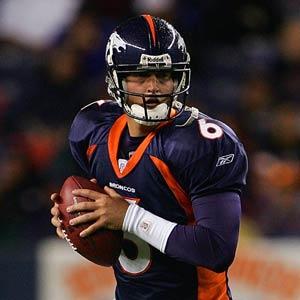 Jay Cutler was a no-show on Monday for coach Josh McDaniels' first team meeting and the start of the Denver Broncos' offseason workouts, and if he gets his way, he'll never step foot in the team's training facility again.

Although it's voluntary, the coaches expect everyone to attend the team's offseason program.

It's looking increasingly likely, however, that trading Cutler might be the only way to resolve the dispute

"You win because of the quarterback. We have to get that position stabilized. We're fixated on that.  We know it's the most valuable position on the football team. We've gone through so many scenarios at that position we can write a book, moreso on what not do."

Think the Bears are even talking with the Broncos???