Instead of his usual barrage on Jerry Angelo's ineptitude and
unwillingness to go after players, Mr. Negative says....that we
shouldn't bring in Cutler?

So does Neil Hayes from the Sun Times. Not only that, but he thinks we
should give up two first-round picks and Orton for Cutler.

Devin Hester sees big things ahead for this offense, huh? He also
believes that he's a true #1 receiver.

Surprisingly, Troy Vincent or Trace Armstrong didn't win the vote for the new NFLPA. The guy who did, however, is ready to get to work. 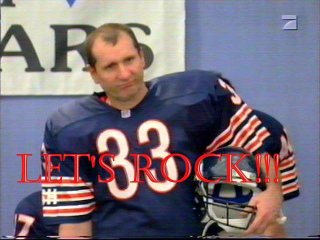 The details from the horrific boating disaster that took the lives of
three men are finally revealed.

You might wonder why I put a mock draft under the Nowhere selection.  This draft has us taking Darrius Heyward-Bey, but that is not why I'm posting it. Go read the description, I'll wait.......back?  Ok, discuss.