Are the Bears a cheap organization?

Share All sharing options for: Are the Bears a cheap organization? 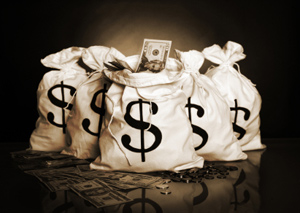 Free agency started last month. I certainly remembered how excited I was for it...GeauxBears and I were on GoogleTalk until the early morning hours to see if we'd make a trade. We had/still have so many holes on the team. The offensive line was a disaster, our WR corps is a mess, both safety positions are virtual black holes. It seems as though Jerry and Co. were hibernating through free agency, with our only two signings coming in the form of Frank Omiyale and Josh Bullocks. Prior to free agency, I wrote this post and was promptly blasted by some of you for my opinion. Unfortunately, Jerry’s quote turned out to be a glimpse of what was to come.

Why do I rehash bad memories? Well, for starters, our offensive line could be in worse shape than last year: John St. Clair is currently in Cleveland and was extended an offer by the Browns. Even though he's a mediocre lineman at best, his loss would be devastating to a line that is below-average at best. Second, we haven’t even gotten around to thinking about a wide receiver yet. And last but certainly not least, we added a player who possesses some horrific pass coverage skills. We have managed to get worse instead of better. I’m not saying the Bears can’t turn it around with an excellent draft. As of late, hope is scarce among those who support the Bears.

I’ve noticed a disturbing trend around here recently, and I actually got caught up in it myself: The Bears are cheap. It’s been said every which way since the start of free agency. Is that really true?

1) The fact that Rashied Davis got a 3-year deal worth almost six million dollars is enough to cause a stroke.

2) The Bears are not cheap.

Before I start explaining what I believe, I realize that the total number won’t be the total amount paid by the Bears. But, it does give you a realistic glimpse of how the Bears operate: Draft guys, “develop” them, and give them their big paydays.

The Bears, as an organization, are not cheap. I’m glad we handle our money this way instead of toss it around like it was Monopoly money (yes, I’m looking at you, Redskins and Raiders). The Redskins pay outrageous amounts of money to players, and how many championships in the past five years do they have to show for it? Zero. The same as the Bears.

Do we go out and make the biggest free agent splashes? No, not by a long shot. Are we usually even big players in free agency? No, not usually. Jerry Angelo is a draft guy; that’s just how he operates, so it makes sense that we sometimes overpay for our own players. Could we and should we do more during free agency? The overwhelming consensus around here is yes. But the Bears, as an organization, are not cheap.

I’ll leave you with one parting thought: Do you think that maybe, just maybe, Jerry’s got all that money saved up because he’s planning something big for the draft? In my usually cynical way, I believe that’s not even close to true. But, the possibility is out there. I suppose we’ll find out on draft day.