I thought that since I mostly have done defenses I'd throw this one to ya'll. 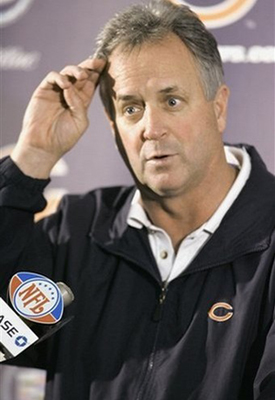 Enough of the West Coast....let's take a look at Turner’s offense:

The general formation uses five linemen and a TE on the line of scrimmage, along with two WR's with a fullback and a halfback. The major variation of Turner’s offense is that it incorporates a power running style into the short range passes.

The lineman must be athletic pass protectors. They are not the bruisers that they used to be, but more a stickum type of protector. The running lanes that are opened are mostly draws and pitches; they will almost always use the same types of blocks as short passes do.

The TE is vital to the success of the modern West Coast offense. They are a safety valve and draw linebackers off the short throwing lanes. They are agile and sure-handed, although they are required to be successful chip blockers and able to seal off the edge on pitches.

This is what irks me most in Turner’s offense. In the old West Coast, the fullback was an agile receiver out of the back field. In Turner's offense he must not only be an agile receiver, but also a bruising blocker and a short yardage back. This conglomeration of player is not only hypothetical but absolutely does not exist.

The halfback in this system is an essential cog in the whole offense. The halfback must be an outstanding receiver and have outstanding vision on the move; he also must be able to carry the ball between the tackles effectively. He must also be an excellent pass blocker and chipper off the edge.

The wide receivers in the offense are required to be precise route runners and must have outstanding run-after-catch skills. They should be able to take a five yard slant all the way to the house and be able to take a shot over the middle and hang on to the ball. The offense is based on the familiarity of the QB to the receivers and knowing what they are doing and where they will be at a specific time on any down.

The quarterback in the offense has a far more difficult job than in the old style offenses. He must make as many as five quick reads and deliver the passes with zip and accuracy. The quarterback is not a gunslinger but is an accurate finesse passer that can still get the ball to a deep receiver with touch.

Turners offense is a paradox. It uses power running and finesse passing which are vastly differing theories and although productive on their own it is easy to see how together they consistently fail.