Mega small Bears Den today, not much going on in the way of anything.

If there was anybody out there, who actually thought the Bears had a chance or would be willing to go after Denver's Jay Cutler? Here are some more reasons why it won't ever happen.

At least one person is jealous of Kansas City and their acquisition of Matt Cassel.

Scout.com has their mock draft up.  Head over to see who they have the Bears picking.

Nothing better to do on a slow Monday than a little "Packers Suck" pic. 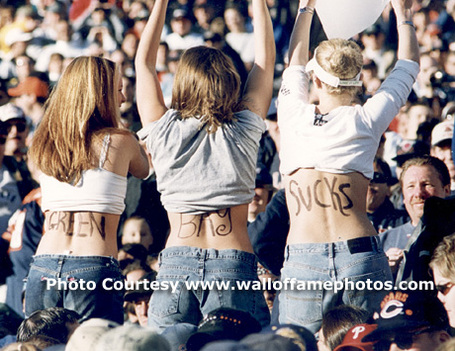