We still have 3 spots left in our mock draft, this is your last call before I hand them out to the writers.

CF: Vaughn McClure says the Bears are focusing on the draft now.
Really, Vaughn? We hadn't noticed....especially after our two dominant
FA pickups. We were actually kind of hoping they were focusing on it
since after the Houston game.

CF: Nothing cynical here....just an update about where our scouts have
been lately.

CF: Lance Briggs was excused from mini camp due to personal reasons.
Thank me now; that's pretty much all the article says.

If this story is true considering how weak our receving corp is, maybe we should avoid flattening our #1 at least until training camp.

Seems that last years rookies are catching on.  The coaching staff has called out Chris Williams, Craig Steltz, Earl Bennett and Caleb Hanie as those who had strong mini camps. 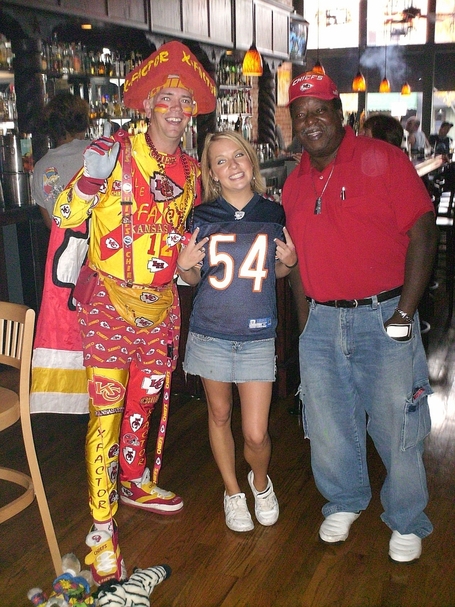 CF: Someone created an algorithm that can supposedly figure out if
players will be arrested in the future based on speech patterns. I'm
sorry, but this is a little ridiculous. I am not a linguistics expert;
however, I'm fairly well versed in the academic research on
interpersonal communication, and this is pretty far out there. Their
work is not an objective science, so if a player pops up on this
organization's radar and a team bases not to pick them due to this
intangible, it has the potential to be a legal nightmare.