Time For The Bears To Make Their Move For Cutler

Share All sharing options for: Time For The Bears To Make Their Move For Cutler 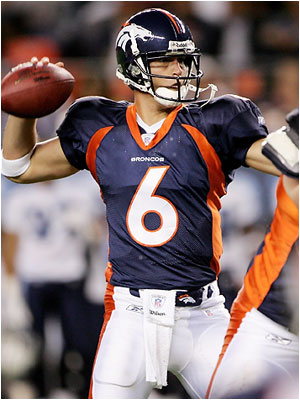 The Denver Post is reporting that up to 10 teams have contacted the Broncos about trading for Cutler.  They are currently maintaining that they aren't listening for offers, but it now sounds like they are just waiting for the bidding to heat up.  Which it should the closer we get to the draft.

The post lists teams that are most likely not calling as:

I think Miami is happy with Pennington as is Houston with Schaub.  Cleveland is a mess, but do the Broncos want to mess with either Quinn or Anderson?

Including the Broncos themseleves that is anywhere from 15-20 teams that are not likley calling.

The teams that are known to be interested or may be calling are:

Some wild cards are Carolina, St. Louis and Seattle.

Can the Bears really not be calling them?  I know sadly to not get my hopes up, but still...