CF: Dan Pompei breaks down some of the Wonderlic scores. Some of the numbers will surprise you, so check it out.

CF: In this next installment of beating a horse to death, a former GM, scout, opposing player, and analyst break down Cutler's skills.

CF: You wanna know how desperate the Bears are? The Trib is reporting on the backup QB battle.

CF: Mike Mulligan on why it was smart to not be players in FA.

Ron Jaworski thinks Devin Hester has taken huge steps in his development as a wide receiver.

Three Bears are headed to Nigeria to run football camps and hand out scholarships. 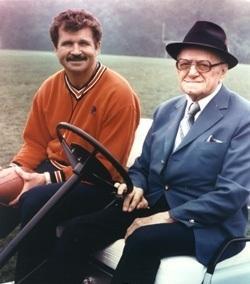 I haven't found a reliable link yet, but it is being reported that the Lions have settled on Jason Smith as the #1 pick in this years draft and they are busy working on a contract.