Bears fans were allowed to sent their open letters to Jerry Angelo on this blog. Check out letter number 3.

James Davis, running back out of Clemson, says the Bears showed a lot of interest in him.

In the  Vicinity of the Den 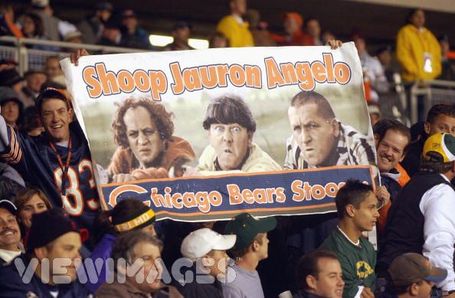 This May, NFL owners will vote on whether to extend the regular season to 17 or 18 games.

Seem the Lions still can't get anything right.  The new logo and name font have been let out before their big reveal.

The Oakland Raiders will appear in a Thanksgiving game for the first time in 40 years.