Share All sharing options for: NightLink: Chicago a Perfect Fit for Shaffer? 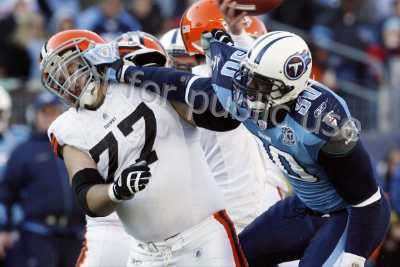 I was perusing the Chicago Bears official site, and came across this article about our newest roster addition Kevin Shaffer.  It's a pretty good read, but here are some the highlights:

"I think I’m a nasty player," Shaffer said when asked to describe himself. "I love playing in cold weather. I love the dirt. I love the snow. I love the running game. I love to be aggressive..."

Prior to signing, Shaffer spoke with Bears guard Roberto Garza...

"I told him it’s a great locker room with great teammates," Garza said, "especially in the offensive line room, getting an opportunity to play with guys who work extremely hard day-in and day-out."

I’m not the type of guy who just wants to throw the ball 60 times a game. I want to be aggressive. The system’s been a little different the last couple years [in Cleveland]. But I’m ready to get the attitude back, the nastiness back, the meanness and toughness and all that good stuff."

It sounds like Shaffer is exited about the opportunity, and acknowleged that last year in Cleveland he might have been a bit out of his element.  Maybe our offense will allow him to excel a little more with the way we go about business.

Considering we haven't done much else in free agency, we should all hope that Jerry Angelo and company made the right move by getting Shaffer.