Oh, look!  The Bears still haven't done a thing, so I have more outside the Den news than I do inside.

I know that thinking about these kind of deals is worthless and even if he was offered we don't have stones to pull it off or the pieces to offer, but it is still fun to think about a QB with the arm of Jay Cutler in Chicago.

Now that he-who-shall-not-be-named is out as the most pessimistic journalist in Chicago sports, someone has to fill the throne.  Any takers?

In the  Vicinity of the Den

Lovie Smith is this year's special guest and honorary chair at Care to Cure spring benefit in New Orleans. 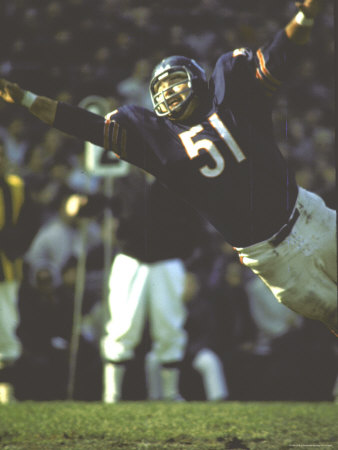 Of course the big news is the free agent signing of TJ Houshmandzadeh.  He signed with the Seahawks on a deal worth over 40 million.

New mock draft.  It has the Bears taking a name you don't see attached to them very often.  What do you think?

Do you have an article, picture or a random Bears related item? Send it to us for use in a future Bears Den!