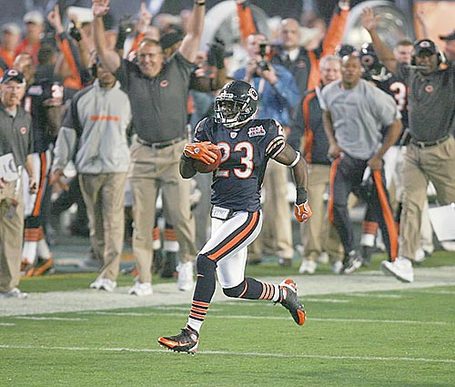 The Chicago Bears official site has announced the pre-season schedule:

The games against the Bills, Giants and Browns will be produced and distributed by the Chicago Bears Network throughout the Midwest. In Chicago, the contests will air in HD on Fox (WFLD) and feature former Bears quarterback Erik Kramer as color commentator and Lou Canellis as sideline reporter.

The Bears are 11-10 in pre-season games under Head Coach Lovie Smith.

Note: The exact dates and times (aside from the Denver game) will not be announced until next month.