Could Adrian Peterson be the odd man out on the Bears roster at running back?

The Bears are bringing in Kent State QB Julian Edelman for a workout.

He could be a possible WR or ST player.

According to the draft value chart at PFT, Hakeem Nicks is slippinginto the mid-2nd round.

Brad Biggs details the possible prime-time games the Bears could have.
This was, obviously, posted before the schedule came out.

Larry Mayer runs down what the scouts said about current Bears players.

Larry Mayer's Part three of four stories on the draft preparations of
the Bears. They're finalizing their prospect list, and I have one
thing to say to that: Gooooood.

Looks like Cutler is looking to help out the local bar business by trying to make up for the loss in funds they had been recieving from Kyle Orton.  He is already been making the rounds and has been cozing up to one Julia Allison of some kind of internet fame.   Best I can tell, this would be her: 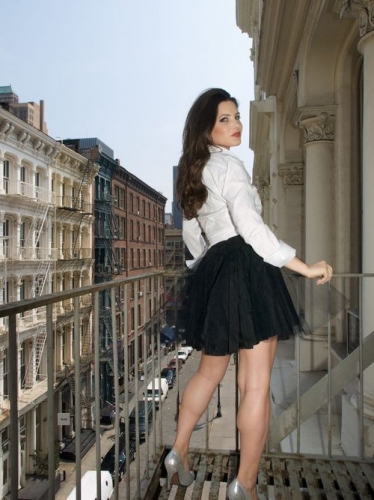 The Bears may be on the verge of signing a new wide receiver.

The Bears almost put out a new ad featuring Sir Jay, but it was axed due to budget concerns.

This is a feel-good story: Aaron Curry isinviting a nine-year old
leukemia survivor to the NFL Draft with him.

Looks like the NY Giants are a good bet to land the services of Braylon Edwards.

Jeremy Maclin isn't upset at not being invited to the Draft.

At least one thinks Tampa Bay may still draft a QB, has Gruden been hired to write at PFT?