NightLink: Which Division Has the Best QBs?

Share All sharing options for: NightLink: Which Division Has the Best QBs?

With the Detroit Lions (yes, there is still a professional football team in Michigan) picking Matt Stafford last Saturday in the NFL draft, let's take a look at each division's QB situation, and see how the NFC North stacks up.  I'll assign a grade for each team, and we'll see who has the best average. 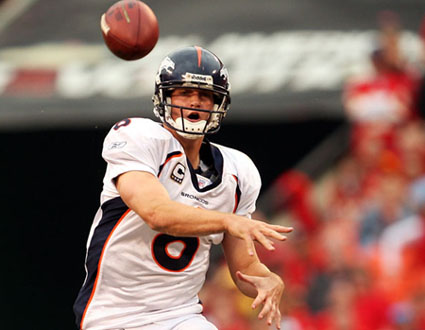 Disclaimer:  There are still a lot of question marks that teams will have... for example, I only listed Kurt Warner in Arizona, and only Kerry Collins in Tennessee.  There is still the possibility for teams to signs free agents, so this is by no means a final report card.  Also, I left plenty of things up for discussion (argument)... this is only my opinion, and had a tough time with a few of the grades.  Let me know if you think I hit the nail on the head, or if you think I am delusional...