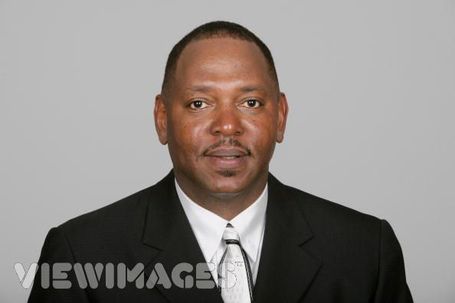 It looks like Chcago Bears wide receivers coach Darryl Drake has been busy trying to find another weapon for newly acquired QB Jay Cutler.  From the Sun Times:

Wide receivers coach Darryl Drake put Oklahoma's Juaquin Iglesias through a private workout Tuesday in Iglesias' hometown of Killeen, Texas, and Drake will do the same with Georgia's Mohamed Massaquoi today in Athens, Ga. They're two of the players the team is targeting with its first pick -- now in the second round at No. 49 overall after the Cutler deal.

I would personally love to see us spend our 2nd round pick on a WR, although many of you think we should try and trade the pick for a veteran free agent.  But, at least the trend of movement  and evaluation from our staff is continuing.  Also from the article:

Other receivers believed to be in the mix at No. 49 are Ohio State's Brian Robiskie and Florida's Louis Murphy. Robiskie is a polished route runner with good hands. Murphy has size and speed but must overcome the stigma of many former Gators receivers who have failed in the NFL.

What would you think about us getting a WR in the 2nd round of the draft?  Who might still be available when we pick?

And for no reason, here's Drake checking out the multi-talented Devin Hester: 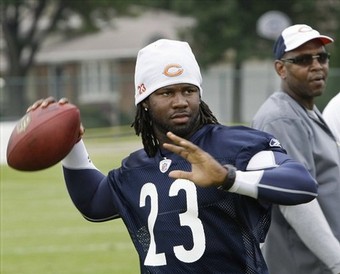