Expectations: The Bar is High, and Failure is Not an Option

Share All sharing options for: Expectations: The Bar is High, and Failure is Not an Option 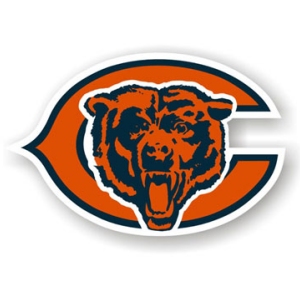 It would have been hard to find an aspect of our team that we would not have to worry about going into 2009... one of our only bright spots was Matt Forte, but Running Back was still an area of concern because at the pace he ran the ball in 2008, he would be exposed to getting run down or injured in 2009.

Little by little though, the leaders of our franchise starting making moves, and as we enter the month of May, the Chicago Bears look like a totally different football club.

The trade for Jay Cutler may very well have changed the course of history for the Bears, but let's also take a look at other things that will be different in 2009:

A revamped OL:  The Bears signed Orlando Pace, Frank Omiyale, and Kevin Shaffer.  They saw John St. Clair go to Cleveland.  And Chris Williams is expected to be 100% healthy.  We should see a much-improved OL in 2009.

A young WR corp:  Devin Hester will enter his 2nd season, and should see more productivity thanks to the upgraded OL and QB.  Earl Bennett, who didn't see the playing field for whatever reason in 2008, has has plenty of time to learn the position, and has his old college QB throwing him the ball.  And Juaquin Iglesias should be able to immediately contribute, either out of the slot or as a 3rd WR.  I expect Iglesias to be a go-to guy in the hurry-up offense.

Depth at RB:  It is not uncommon to see running backs who had productive rookie seasons to experience "sophomore slumps", and we know that Matt Forte could not possible keep up with his workload in 2008.  One big key to our offensive success in 2009 may very well be Kevin Jones.  He will not only be able to spell Forte, but should also be a dangerous weapon himself.  We should see a productive rushing attack based on the 1-2 punch of Forte/Jones, and with defenses having to respect our passing game.

Defense:  The addition of Rod Marinelli should pay huge dividends, as one of the biggest areas of concern was virtually no pass rush in 2008.  Marinelli is one of the best in the business, and with Lovie Smith calling our defense, and Bob Babich being down-graded to linebackers, we should see a huge jump in production from our defense.

The forecast for 2008 was essentially "partly-cloudy, with the chance of rain", but right now, for 2009, it looks like "mostly sunny".  While we still have some areas of concern, like in our defensive secondary, we should see some good evaluations coming this weekend, and hopefully will be able to find some players that can contribute in that area in 2009.  I also expect big things from Craig Steltz.

While I am not ready to call for the Lombardi Trophy just yet, we are definitely setting a tone in not only the NFC North, but in the NFL overall.  I can say with confidence that the forecast of a Super Bowl may very well be in the not-so-distant future for our Chicago Bears...