Could D.J. Moore Be Starting Next To Charles Tillman?

Share All sharing options for: Could D.J. Moore Be Starting Next To Charles Tillman? 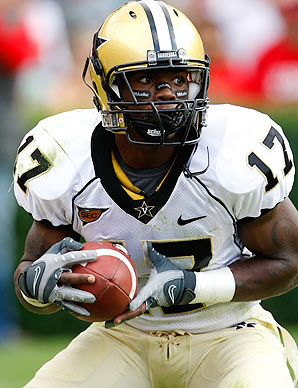 This is based on the same article as the one below, but I wanted a seperate post for discussion.

There is some thought that D.J. Moore could be the Bears #2 cornerback.

Word is Moore’s opportunity to start would be predicated on Nathan Vasher’s continued regression. “If Vasher doesn’t get any better, I think Moore could have a decent shot at beating out Corey Graham (as the starting right corner),” the insider said. “(Moore) was ranked a lot higher than the fourth round, and he was a starter for three years in college who won’t be overwhelmed by the pro level. He doesn’t have great speed or size, but he plays much bigger than his size and is not a finesse corner, which is what Vasher has become. If nothing else, Moore has a good shot at being the third corner.”

I am still under the impression the Bears are high on Corey Graham, but this might go hand in hand with the earlier story that the Bears are going to give Graham a shot at safety in camp.