NightLink: The Big Easy Gets the Big Game

Share All sharing options for: NightLink: The Big Easy Gets the Big Game 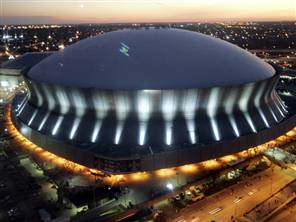 Announced by the league today, the Superdome in New Orleans, Louisiana will play host to the 2013 Super Bowl.  On a personal note, I am more than thrilled that the owners in the league decided this in a vote... the city of New Orleans is fighting a seemingly winless battle to reinject life back into their struggling post-Katrina economy.  Although this Super Bowl is 4 years down the road, the city will immediately start  seeing bumps in local revenues, and should provide a boost in moral for the locals.

The schedule of future Super Bowls looks like this: