Share All sharing options for: William Perry Released From Hospital 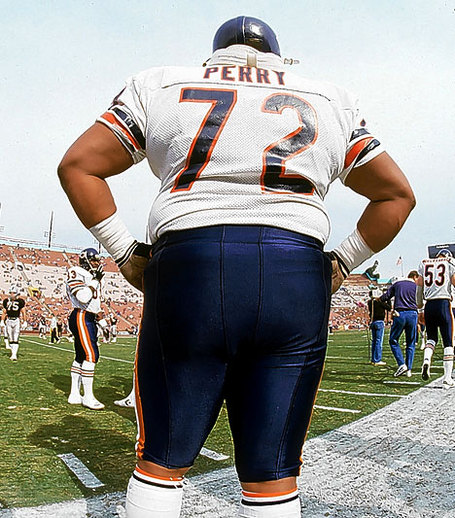 Per the Associated Press, William "The Refrigerator" Perry was released from the hospital yesterday.  He had been treated over the last month for Guillain-Barre Syndrome.

Aiken Regional Medical Center spokeswoman Melissa Summer said the former Chicago Bears star was released on Wednesday after being treated for Guillain-Barre Syndrome.  Summer had no details about Perry's condition other than that doctors considered the 46-year-old improved enough to go home.

We send our best regards to The Fridge and his family and community.  Hopefully, he will continue to recover from this, and he will be able to do all of the things in his life that he desires.