WRs Getting No Love: Josh Cribbs and Chad Sillylastname

Share All sharing options for: WRs Getting No Love: Josh Cribbs and Chad Sillylastname 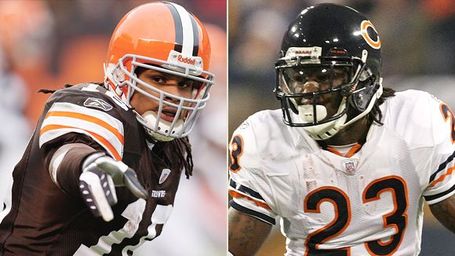 In Cleveland today, Josh Cribbs asked to be traded.  Those of you that have been following this story know that Cribbs has been reaching out to the Browns, wanting a new contract.  And apparently, he is tired of waiting to hear from them.

"Contracts are one-sided in favor of the team, yet we as players are told to honor our contracts without the team honoring them. We are not doctors and lawyers, we don't get paid for 25 years of work. If we are lucky, we get 10 years at best to make all the money we can to last the rest of our life."

"This is not personal, but I have to be a man and take care of my family for not just a year or two, but for as long as I am walking this earth," Cribbs' statement continued. "I want nothing more but to wear the Browns' logo on my chest until my career has come to an end, and I am deeply disappointed that the team I put my hard work, blood, sweat and tears in will just write me off as though I am collateral damage."

The Browns have stated that they would not be renegotiating Cribbs' contract (he signed a 6 year/ $6.77 extension in Nov. 2006).

Cribbs is one of the most versitile players in the league, having played QB in college, and seeing the field as a return specialist, wide receiver, and running back in the NFL.  We already have one returner/'receiver on the team, but Cribbs definitely has similar playmaking abilities.

Also getting no love...

"It's definitely a new look for the Bengals receiver corps but I couldn't be happier with the guys we've got," Palmer said. "T.J.'s (Houshmandzadeh) gone and Chad's pretty much gone, he hasn't been here, so we've got guys that want those two spots, guys that compete day in and day out, when we're out there on the field, running, conditioning and in the weight room lifting. They're guys that want to take over for those two spots." 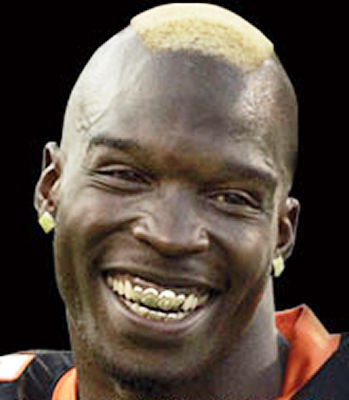 Don't get me wrong, I have never been a fan of prima donna players, and over the last decade, it seems a trend has developed more and more for star WRs to crave the limelight.  Chad Johnson is one of those.  But honestly, can you blame they guy for not wanting to wear a Bungles jersey?  He wants to win, and with a healthy Carson Palmer, who knows how good the Bengals might be.

Thoughts on Cribbs and Chad?