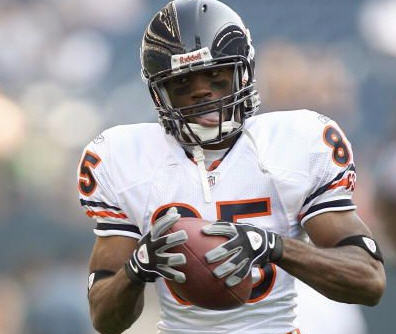 I should have taken away the part about Jay Cutler texting Juaquin Iglesias. Instead, I saw this:

Grand slam: Vanderbilt was already well represented on the roster, with linebacker Hunter Hillenmeyer, offensive tackle Chris Williams and wide receiver Earl Bennett, even before cornerback D.J. Moore was drafted in the fourth round and wide receiver George Smith was invited to a tryout.

Bennett welcomed Moore and Smith to town by taking them out to eat Thursday night. He didn't spend too much of last year's signing bonus, though, since they dined at Denny's. But it wasn't a case of Bennett being cheap, according to Moore.

"We made the decision," Moore said, laughing. "We wanted to go to Denny's. It was the closest thing."

Somebody needed to clue Bennett and boys in that the Bears may not be the most welcome people at the local Denny's.