Is Simeon Rice The Next Chicago Bear?

Share All sharing options for: Is Simeon Rice The Next Chicago Bear? 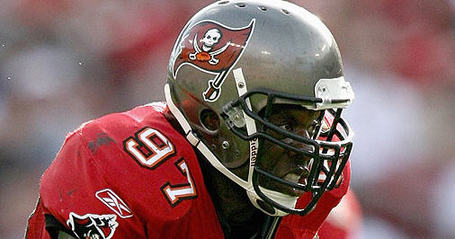 In a recent interview with WQYK radio in Tampa, Rice asserts that he can still get it done.

“Right now, if I was to put on a helmet, I’m automatically in the top five in this league at that spot,” Rice said.

“I want to say I’m the number one guy, I’m the king, baby.  But I’m not gonna say that because that’s always an earned spot.  So I’m humble enough to say, ‘You know what?  I gotta go back and do my work.’”

He goes on to say that he has spoken to Tampa Bay about coming back, but says other teams are interested including the Bears.

We seem to be putting a lot of pressure on Rod Marinelli to fix our defensive line, could Rice be one more toy Jerry Angelo is looking to give him.