The comparison of the Chicago Bears offensive line and wide receiver corp to the Denver Broncos has been debated more than enough.  And many have said that there is no way Jay Cutler will throw the ball as many times as he did while in a Broncos uniform, thus his production will go down as a Bear. 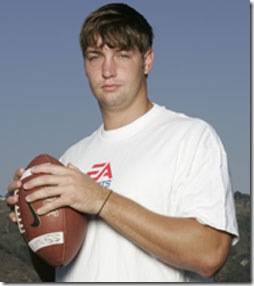 That being said, there was an article on PFT back at the end of February that contained an interesting nugget of information:

There’s a consensus in league circles that Cutler has plateaued after showing some improvement early in the 2008 season.

Now, I'm not toally sure what to make of this.  If there are indeed "league circles" that believe this, to what degree do they think he has plateaued?  Are they saying that Cutler, who has only played in 3 NFL seasons, has already reached his prime?  I can't imagine how anyone could come up with this opinion.

He has improved each year in the NFL, and who is to say that he will not continue improving?  Sure, Cutler is in a new system now, with a new Offensive Coordinator, and a different OLine and wide receivers, and is likely to take a while to get settled in.  And certainly, the Bears, being a run-first team, will unlikely throw the ball 600 times a season.

But to have already plateaued?  Let me just say that if Cutler has indeed reached the apex of his ability, I hope he can maintain that level of performance for a good 6-8 seasons more.