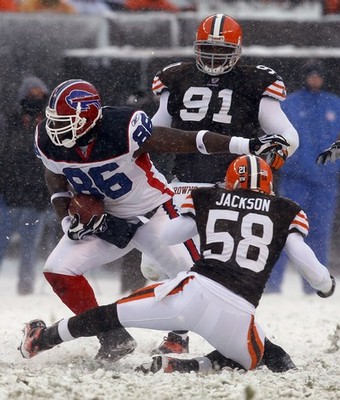 "I will say this: It’s between the Jets and Chicago and right now, I’m leaning more toward Chicago," Gaines said Thursday night. "But I have to feed my family. So the best financial situation comes into play.  So with Rod and Lovie (Smith) knowing about me … Lovie gave me a call and he said, 'Mike, we would love to have you.’ And I said that was cool.’’

``I can’t tell you how many times he's called me after that,’’ Gaines said with a laugh. "Lovie sold me on the fact that he didn’t see me as just a tight end, but as a fullback, too. When I was with the Carolina Panthers (2004-06), they moved me around. I was a fullback. I was on the line. They move me around so much and I blocked for so many different areas.’’

"I get a call from the Jets, and they have no tight ends except Dustin Keller. On paper, the better opportunity is the Jets. But my long-term goal, too, is to win the Super Bowl. And when Lovie started talking about the Super Bowl and winning, he was right up my alley.’’