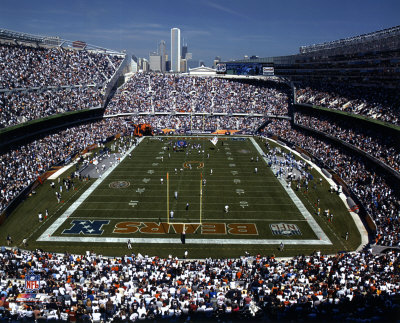 FOX Sports has run a list with the top orginizations in football.  The categories used were:

The Bears fall in at #15, bolstered by the Jay Cutler trade.

Jay Cutler helped the Bears stock improve significantly. But before the blockbuster trade, the Chicago ownership could most certainly be described as frugal. Actually, Cutler raised the grade for quarterback (8.5), front office (6), owner (6), and intangibles (8) as the team's esteem is sky high after the Cutler deal.