Charles Tillman Back To Practice

Share All sharing options for: Charles Tillman Back To Practice 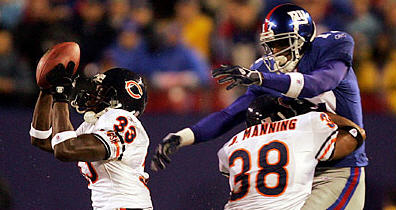 For the first time since having shoulder surgery in January, Bears cornerback Charles Tillman returned to practice. Tillman has had a busy off season without really doing anything. He came down with a media-induced case of DMS, when everybody decided it would be best to move him to safety.

With Corey Graham moving to safety, it is a big deal for Tillman to make it through the season healthy. His size, plus his ability to create turnovers, is a key factor to the Bears defense.