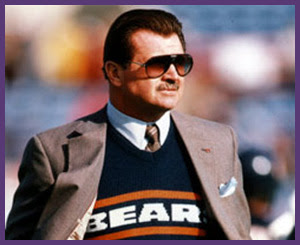 As Dan Pompei starts off the article, he notes that "It was Mike Ditka who turned William "Refrigerator" Perry into an international celebrity and Chicago folk hero. And it is Mike Ditka who is helping Perry, 46, literally get back on his feet and walk again."

Mike Ditka and the Gridiron Greats organization have been helping Fridge prior to, during, and after his hospitalization in South Carolina (Gridiron Greats helps past NFL players with medical assistance). Their support and connections helped Fridge get treatment free of charge.

"William's problems are multiple," Ditka said. "It's not just one thing. I went out there to that autograph show in Rosemont [Feb. 26]. He must have lost a hundred pounds. That's like throwing a deck chair off the Titanic, but still, it's a lot of weight."

"He has been very ill," Ditka said. "They think they can control some of it. We tried to bring him up here, but it was cost-prohibitive. We don't have that money. Evidently these people are willing to give it to him down there and they are giving it to him. They'll try to address what is affecting his nervous system. But he has to understand he has a problem."

Unfortunately, Perry has been in rehab for the past three weeks and will continue for three to four more weeks. Kudos to Ditka and the Gridiron Greats for helping our guy, and our prayers are with him during his rehabilitation.