Odds For A New Bears Receiver

Share All sharing options for: Odds For A New Bears Receiver 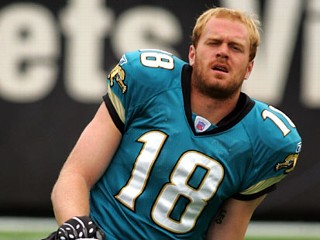 500,000 to 1  ~  Brandon Marshall - I would have pegged him as a million-to-one shot to come to the Bears, but after Jerry Angelo pulled off a little QB trade in the off-season, getting another million-to-one shot seems more likely.  But not that likely.  If the Broncos reunite Marshall with Jay Cutler, their fan base will revolt.  I'm not sure if the Bears have the ammo to pursue this deal with Denver already holding Chicago's #1 pick next year, but Marshall seems intent on getting traded, getting a raise, and moving on with his life.  I just don't expect it to be as a Bear.

1,000 to 1  ~  Matt Jones - Since Jones is a free agent, acquiring him would be easier than pulling off a trade, but is he really the kind of character risk Chicago would target?  I doubt it.  If you're gonna take a chance on a player with red flags, shouldn't that player at least be worth the risk?  Jones isn't a #1 receiver.

50 to 1  ~  Anquan Boldin - As soon as Larry Fitzgerald signed his huge deal, Boldin wanted a raise.  I understand Boldin's reasons in requesting his trade, I'm just not sure if the Cardinals want to move him.  Reports were the Bears made an offer (reportedly the best offer) on draft day that was declined.  As it stands now, the Cardinals can't afford to offer him much of a bump in salary even if they wanted to.  They have only about 2 million in cap space, and any extension Boldin signs would require a restructure or two from current Cardinals.  This may come down to a hold out, and Arizona calling his bluff risking him sitting out the year.

25 to 1  ~  Plaxico Burress - I can't see the Bears, or any other team, moving on Plax until the league decides his fate.  Once punishment is handed down (and he will be suspended for some length of time) the Bears may try and low ball him with a 1 year contract, but I think he'll get a better offer elsewhere.  Personally I'd rather the Bears not sign him.  Besides the usual prima-donna wide receiver attitude, he's habitually late to team meetings (he's even been late to his court hearings), there's been a couple domestic disturbances the last year, and there's this shooting himself in his leg with an unlicensed gun in a New York night club thing... that's just plain dumb.

10 to 1  ~  Signing A Remaining Veteran FA - There are few name players out there still looking for work (Amani Toomer, Joe Jurevicius, Marvin Harrison) and a few lesser known guys the Bears could sign on the cheap.  Depending on how the voluntary mini-camps and OTA's progress (someone getting a case of the dropsies, someone pulling a hammy...)  I could see a scenario where a guy is brought in to compete for a spot.

5 to 1  ~  A Cap Casualty Veteran - Once all the teams get their draft picks signed, camps get under way, and pre-season kicks off, there will no doubt be a cap casualty or two sure to catch Angelo's eye... a young guy who failed to live up to his promise or a older vet getting cut to make room for the younger, cheaper replacement.  If the Bears passing game sputters even the slightest bit in the exhibition games, I could see them looking for a quick fix.

2 to 1  ~  No Moves Made - To me the odds say nothing will be done.  Jerry Angelo has been very adamant in proclaiming the quarterback makes the receivers and not the other way around.  Early reports from the Bears paint a nice picture of the current receiving corps.  Earl Bennett has been getting raves about his camp from many Bears insiders, rookie Johnny Knox has had stand out performances, fellow rookie Juaquin Iglesias has been coming on of late, Greg Olsen has been a go to target for Cutler, and Devin Hester has been working exclusively with Jay.

What do you think, Bears fans?

GeauxBears has a fan poll up and running on this very subject.