Share All sharing options for: NightLink: Lovie Spreading the Love 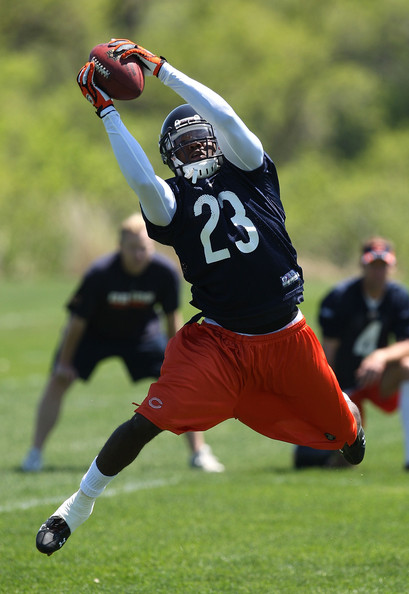 Now that OTAs have officially concluded, it is time for everyone to sit back and reflect on how things have gone.  Head Coach Lovie Smith talks about some of the Bears players.

"I really liked what Greg Olsen has been able to do this spring," Smith said. "Of course we know his talent. But I’ve really seen him move more toward being a dominant player always."

"Devin Hester, I don’t really feel like I have to answer a lot of questions about his growth as a wide receiver. He’s a legitimate No. 1 receiver I think, and I think we’ll all see that this coming season. I like the progress he has made throughout. We have other players, too. A guy like [backup running back] Kevin Jones has really stepped up. I feel like he’s healthy for the first time in a while."

"Zack Bowman has made a play it seems like just about every day we have been out here, as has Jamar Williams," Smith said. "I really like what both of those players have been able to do."

"I talk a lot about Rod being one of our most important free agents that we’ve gotten in the offseason, and I think that held true," Smith said. "He has done a super job with the line. I have seen improvement in all of our line."

Smith goes on to say that he expects everyone to be 100% healthy come spring training, despite the few injuries that we have heard about over the last couple of weeks.

Hopefully, we will hear more from the big guys in July once they start suiting up for spring training.  I am very interested to hear about Chris Williams, Orlando Pace, Frank Omiyale, and Kevin Shaffer.