If you were asked "Where would you rank Ron Turner?" out of the 32 NFL Offensive Coordinators, how would you respond?  Sporting News has been running a series of the best players at each position, and now they have done the same for OCs. 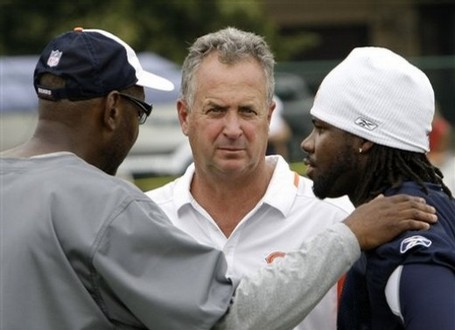 Before you click the jump and find out where Ron Turner ranks, think about it for a minute... where would you put him?

Well, according to Sporting News, Ron Turner is the 18th best OC in the NFL.

18. Ron Turner, Bears. An old-school, run-first guy, Turner will look to get more balance into the offense with the arrival of QB Jay Cutler and the emergence of WRs Devin Hester, Earl Bennett and Rashied Davis. Turner still will focus on the run but will be more aggressive in the passing game, using Cutler's skills and mobility to go downfield off play-action fakes.

Think they got it right?