Share All sharing options for: Team of the Decade - Bears At 13 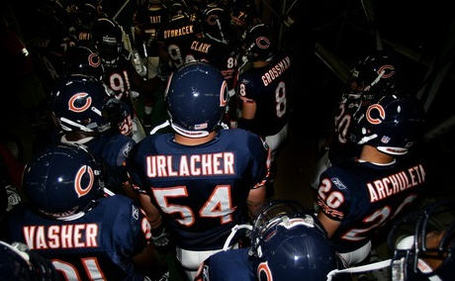 SI quickly points out in this post that this upcoming season is the last in this decade, so they felt the need to make a list of the teams of the decade.  Why they couldn't have waited one more year is beyond me.  Obviously the Patriots are #1, but lets just say Pittsburgh wins the SB this year again.  That ties them with the Pats for SB's this decade, but on with the story.

After telling you how much weight I've given to teams that made Super Bowl runs, how come I have the Chargers ahead of the Bears despite San Diego owning two fewer regular-season wins? Good question, but despite the Bears' 2006 trip to the Super Bowl, I can't get past them posting five losing seasons in nine years. They're better than .500 in the regular season, but for the majority of time this decade, the Bears have been losers. And that's in an NFC that clearly has been the weaker conference.

Check out the list. Did they get it right?