Share All sharing options for: NightLink: NFL Sunday Ticket On Your iPhone 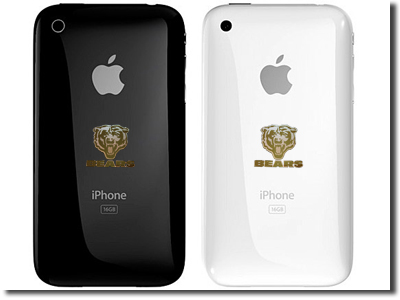 When it comes to keeping up with modern day technology, I fell behind several years ago.  My job has forced me into owning a BlackBerry, but unfamiliar am I with all of the bells and whistles that come with owning such a toy.  I know many of you out there probably own an iPhone, and I have seen from friends all of the crazy applications that can be added to those things (I mean really, a "level" for when you are hanging a picture on the wall?).

Well, it appears that DirecTV is going to offer an application for iPhone users to watch the Sunday Ticket (was this a demand-based decision?) right in the palm of their hands.

DirecTV (DTV) has unveiled plans to launch an Apple (AAPL) iPhone app that will allow subscribers to its Sunday Ticket Superfan service to watch NFL games via both 3G and WiFi. To use the service, you’ll need to pay for both the satellite TV provider’s $280 Sunday Ticket subscription, and a $100 add-on Superfan upgrade. The service is subject to local blackout rules.

Is this something that you think people will take advantage of?  Seems relatively expensive to me, but I suppose there are people out there who are unable to watch the games otherwise, and might love the idea.  Down in the comments section of the linked article, one blogger made the remark that the NFL should offer an application that would allow any game to be streamed to the iPhone, and cut out the middle man.

What are your thoughts on all of this?