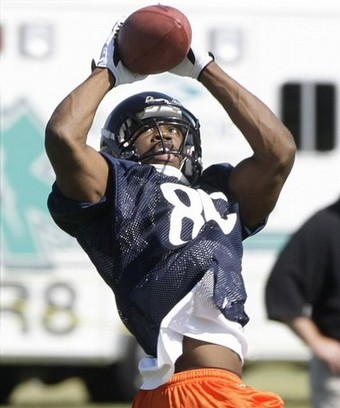 Out of that group, exactly two have ever caught a pass in the NFL, and four are rookies.  What do opposing defenses have to fear from that group?  Besides a little speed, not much.  We have to count on Cutler to make these guys better than they would seem on paper.

Heading into training camp, anything can happen, but Brad Biggs gives us his ideas on the projected depth at the position.

Rag-tag bunch?  Maybe.  I am thinking that whoever starts in the slot will have some pretty good numbers this season, and right now that looks like Davis.  Is it a bad thing hoping that Iglesias beats him out?