NightLink: Is Matt Jones the next Bears receiver?

Share All sharing options for: NightLink: Is Matt Jones the next Bears receiver? 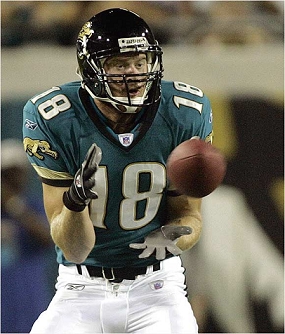 The Bears might be telling the truth when they say they are happy with the young crop of receivers they have - that doesn't mean they aren't going to look elsewhere for some additional help.  During a radio interview, Matt Jones said he has spoken to reps of the Bears as well as the Jets, Titans and Cowboys.  Prior to the Cutler deal, I'd say this type of move reeked of an Angelo move: Avoid all the big name, franchise type receivers and find somebody smaller and cheaper to bring in, but this could also just be more of JA doing his "due diligence".

Now that the Bears seemed to have closed the book on names like Anquan Boldin, OchoCinco and Plaxico Burress what are your thoughts on them bringing in the oft-troubled ex-Jags receiver?

This has been posted in the comment section and in the Fan Posts a few times; I wanted to bring it out front page so we can get all the discussion in one place.