Share All sharing options for: Interview With Brad Biggs, Pt. 2 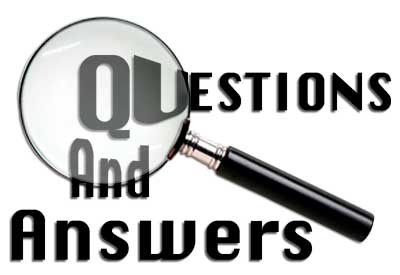 Last September, WCG sat down with Brad Biggs of the Chicago Sun-Times, and talked about our beloved Bears football team.  Make sure you go back and read the interview if you haven't already.

Brad was gracious enough to take time out of his schedule and do a second interview for the readers here at Windy City Gridiron.  He is very knowledgeable, and has some great insight to things going on around Halas Hall.

Make sure you show Brad some love in the comments section for taking the time to talk with us!  Now, on to the interview.  Biggs's responses are in the blockquotes.

Besides the obvious names (Urlacher, Cutler, Kreutz), who are some of the players that teammates best respond to on the field and in the lockerroom?  Who else could be considered leaders of the team?

I think a guy like Jay Cutler is still in a position where he has to gradually transition into a leadership role. Quarterbacks, by nature, are leaders for a football team but just because you're the guy, you still have to earn your stripes. Cutler has said the right things since arriving, and everyone is saying the right things about him. He'll continue to grow into the role during training camp and at this point it would probably be a surprise if he's not selected one of the team's captains at the end of the preseason. Brian Urlacher, obviously, has been a longtime captain for the team but he's mostly a lead-by-example type of guy. Urlacher isn't going to deliver a lot of stirring speeches but there's no question people stop and listen if he has something to say. Who steps forward on defense as a leader in the absence of Mike Brown will be interesting. That's probably one of the reasons they like Craig Steltz as a possibility at free safety even if many view him as little more than a stop-gap measure at the position. Steltz has been a good communicator in the secondary and that's a big part of playing the position. When you're talking about leadership, I think most of the veterans are pretty good examples. Tight end Desmond Clark is someone people will turn to, and I know Greg Olsen has given him a lot of credit since his rookie season. Charles Tillman, Alex Brown and Jason McKie are some other guys who have been around for a while.

How big of a difference will Rod Marinelli make? A lot of folks seem to think that his impact may not be immediate.

I think Marinelli will make a significant impact and probably do so quickly. The line played pretty well under former coach Don Johnson, who was a disciplinarian. Tommie Harris and Johnson butted heads and obviously Harris strayed off the path under Brick Haley, ultimately getting himself suspended for one game last season for conduct detrimental to the team. Players are not going to stray off the path under Marinelli. His big thing is preaching the details, the small stuff, and I think he'll make an impact in 2009. Is he going to reincarnate Warren Sapp? Probably not. Will he excavate Simeon Rice? That's not going to happen either. But the Bears have some solid ends in Alex Brown and Adewale Ogunleye to go with Mark Anderson. If Marinelli can improve the play on the interior, this group could make good strides.

To what degree is Jerry Angelo making his presence known on the field during OTAs?  Does Ted Phillips ever make an appearance on the field or in the lockerroom?

Angelo is on the field frequently. His office overlooks the practice fields at Halas Hall and he's a regular on the field, observing the action. Angelo isn't in the huddle or the ears of the coaches during practice, but he's out keeping an eye on the team. Phillips will wander downstairs on occasion. I've never seen Angelo or Phillips in the locker room. That's mostly a players' haven.

With things looking like they are now, could the Bears crack the top-10 in overall offense and defense in 2009?  Could we really be contenders for the NFC title this year, or is that premature?

Top 10 is generally based on yardage. Considering the corps of wide receivers, that might be a tough climb for the offense to make. Could it happen? Sure. But I don't think the Bears are going to deviate too much from their running approach and you need to be chucking the ball an awful lot to reach the top 10. Can the defense reach that level? I certainly wouldn't rule that out but a return to prominence is going to be dependent on a big improvement by Marinelli's unit during Lovie Smith's first season as play caller. If the defense regains its form from 2005 and 2006, sure the Bears could contend for the NFC title. No question about it.

There have been talks that Jerry Angelo may have saved his job this offseason... was he in jeopardy?  Any chance that Lovie Smith, Ron Turner, and/or Bob Babich are in the hot-seat?

I don't see how Angelo was in jeopardy at all. He's signed through 2013. Since when do the Bears and the McCaskeys pay people to not work for them for four or five years? No way. I don't see how Smith is on the hot seat going into this season, although he's certainly made himself more accountable by taking over the defense. If he was going to unload Babich, he would have made that move after this last season. Turner will be expected to make the offense much better, no question, but Smith hasn't tinkered much with that side of the ball since the forgettable Terry Shea experience.

Would Brett Favre help or hurt the Vikes?

A healthy Favre would be a big boost for the Vikings. He's not in MVP form, maybe not even that close to it, but they've got some tremendous pieces in place there and they need Favre now after sending clear messages to Sage Rosenfels and Tarvaris Jackson that they would prefer No. 4 this season. They don't need Favre to be Superman. They need him to make a few plays a game when he's not handing off to Adrian Peterson, who is the best player in the division.

Do you ever happen to read Windy City Gridiron?  (you don't have to be truthful)

I try to read everything Bear related I can. I'll stop and look at anything interesting and there's plenty of good stuff on WCG.

Any parting words for the readers at WCG?

I'd like to encourage readers to follow me on my blog Inside the Bears at http://blogs.suntimes.com/bears/. I also send out updates on my Twitter account and will be tweeting around the clock when training camp arrives. The first training camp practice is four weeks away. My Twitter handle is BradBiggs. Join up. Thanks.