NightLink: Ultimate Guide To Winning in the NFL

Share All sharing options for: NightLink: Ultimate Guide To Winning in the NFL 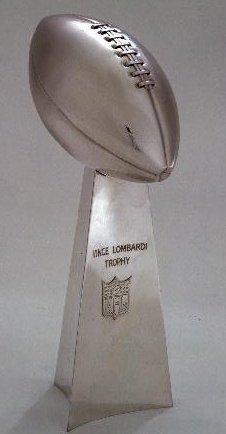 I came across this article yesterday, and I have to say, it is solid.  Granted, it is on a NY Giants blog, but there isn't too much blue-colored glasses to fault it.

The author has put together his Rules For Winning in the NFL.  Some of these can be argued, but for the most part the guy is dead on accurate.  I'll give you a snapshot of some of his rules, but be sure to head over there and read the full set.  Bonus points for the article:  one of our Bears players has a rule named after him.

15) The only thing the prevent defense prevents you from doing is winning.

16) The only thing the prevent offense prevents you from doing is winning.

17) Players are told to play for 60 minutes. Yet who benches the head coach when he only coaches for 50?

18) The Fassel Rule of Prevent: It is always the coach's fault when a large lead is blown/the game is lost.

19) The Fassel Rule of December: Practice in December w/o pads- your players will appreciate it and win many more games for you with their fresh legs.

Can you think of any "Ultimate Rules to Winning" that could be added to the list?