The biggest news out of Halas Hall this Monday, was that DT Dusty Dvoracek may be done for the season with a torn ACL. Who would've figured? 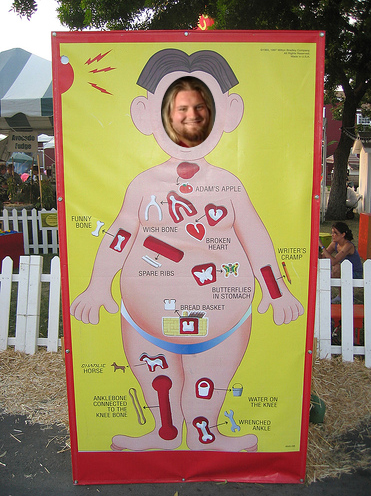 Now, I'm not the world's biggest Dusty Dvoracek fan. The guy simply can't stay healthy, and I don't think he was all that special to begin with. But, the Bears were counting on him to be a big contributor to this defense. If Dusty is indeed lost for the season (we have conflicting reports from the PR machine at Halas Hall), then the Bears may be in sudden need of a veteran DT. Especially, since the health of Tommie Harris was already a concern.

Yes Jerry, I'll be next in line for your GM job... or can at least fill-in when you're at lunch. But, all kidding aside... Robertson's just sitting at home right now. Plus, he's healthy, and he turns just 28 this October. Yeah, he's been an enormous bust as the #4 overall pick by the Jets in 2003. But, Herm Edwards selected him to be the Warren Sapp/Tommie Harris in his version of the Tampa 2 in New York. So, he's got a few things going for him:

The Jets finally gave up on Robertson last off-season, when they traded him to Denver for a late round pick. He played in 15 games in 2008, and then was released by Denver in February... shortly after Josh McDaniels took over the team. So, if for nothing else... as an added bonus, we'd get to stick it to Denver again:) Right before we fly out there later this week.

Plus... the guy just looks like a mean SOB. Doesn't he?