Bearprint For Success: Beat The Packers

Share All sharing options for: Bearprint For Success: Beat The Packers 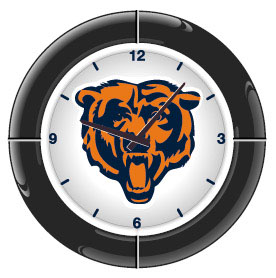 We're just about 48 hours from game time!  Week one.  (Does it seem like the time is taking forever?)  Sunday Night Football.  The rival Green Bay Packers.  It doesn't get much better than this.  Well...  playing at Soldier Field would be better, but...  on to my *Bearprint!

Yes, I know, Aaron Rodgers has looked All-World this preseason and the Packers have a talented group of wide-outs, but I think you have to make a team one dimensional.  If you can force the Packers into some passing situations, and with the new attitude of the Rush Men on the defensive line, they could simply get after it.  I've always admired the way Grant runs, and slowing him down would be exactly what D-Line coach Rod Marinelli would like to see.  Jeff Dickerson's blog on ESPNChicago talks about this too, and he has the stats to back it up!

Attack the 3-4 Defense with the Run.

Yes it's cliché, stop the run and establish the run, but you have to pound 3-4 teams into submission with the running game.  By running the ball your offensive line is in attack mode, and against the 3-4 defense you want to be the one setting the tone.  If you get on your heels too often new Packer defensive coordinator Dom Capers will blitz you to death.  With only 3 down linemen you have to account for which of the 4 linebackers are coming, and believe me someone will be coming on most every down.  If your run game can keep you in manageable 3rd downs the Packers will be forced to stick with their base defense even longer.  Establishing the ground game will help set up my 3rd point...

Playaction to the TE's

Part of the switch to the 3-4 that proves to be difficult is guys that normally have their hand in the ground are now asked to play in a 2-Point stance, drop into coverage from time to time, and even play some man to man.  I'd love to see former DE now OLB Aaron Kampman caught in a one on one with either Greg Olsen or Desmond Clark.  Taking it a step further, getting running backs Matt Forte or Garrett Wolfe matched up one on one with a LB would benefit the Bears as well.  Is it too early in the season to hope for something positive from Wolfe?  I think if Jay Cutler has a "game manager" type of stat-line the Bears will be in great shape.

* The "Bearprint For Success" is a game preview series I started last year on my blog on the Sporting News website.  Bearprint is simply a play on words, Bears + blueprint = Bearprint!  Pure Genius!!!

SN is currently having some technical issues so I thought I'd drop it over here this week.