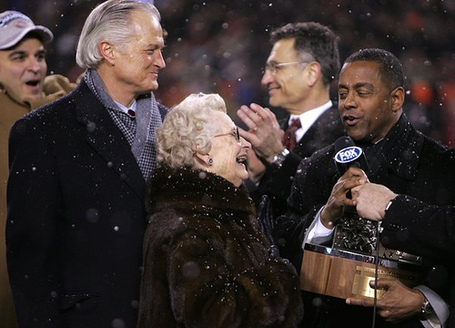 Is it really a surprise to any Bear fan that the ownership, Virginia McCaskey (Michael McCaskey & Ted Phillips), ranked 30th among the 32 NFL teams according to a recent article by Michael Silver of Yahoo Sports?  In 2006 the Bears ranked 29th, in 2007 they were 26th, and last year (thankfully) there was no list.  His criteria is simple:

...this list is subjective. With input from people in high-level league and ownership circles, I attempt to answer a basic question: If you were a fan of this team, how would you feel about having this person in charge of the franchise?

I'm also influenced by the impact these respective owners have upon the NFL as an entity, and I give high marks to those who get the most out of their brand and spend a significant share of the revenues they accrue attempting to enhance the product.

Here's what he had to say about our beloved Bears:

From a business perspective, no franchise in sports underachieves like this one. The Bears have a storied history, the NFL's second-largest market all to themselves and, for the first time in forever, a saleable franchise quarterback in Jay Cutler. The brand should be booming; sponsorship revenues should be raining down upon Halas Hall like M.J.'s fadeway jumpers in the mid-'90s. "They could take that thing and run it to the moon," one owner says. "But they get less for what they've got than any team in our league." The Bears also react cautiously to league-level proposals for increasing revenue. On a positive note, Michael McCaskey, as chair of the NFL's Super Bowl committee, does a thorough and comprehensive job of reciting the rules before bids are considered. I can't imagine where his peers would be without him.

Someone slip this guy some of the Kool-Aid please...

Take solace Bears fans it could be worse... 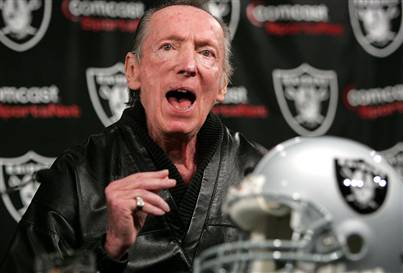