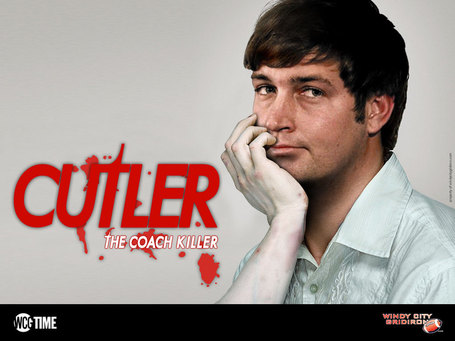 Plot synopsis: Meet Jay Cutler. By day he's a rocket-armed, gun-slinging quarterback for the Chicago Bears football team. But by night - he takes on an entirely different persona: a coach killer. But Jay, a self-admitted "monster," isn't your average serial killer. He only kills those "who deserve it"; mainly, coaches who have lost the ability to call an effective offense or were never suspected to be able to in the first place.