Gaines Adams passes away at 26

Share All sharing options for: Gaines Adams passes away at 26 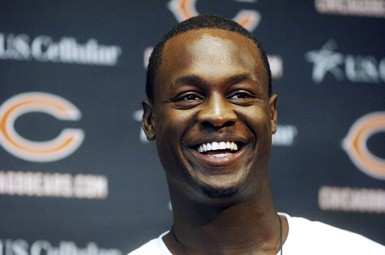 Greenwood County Coroner James T. Coursey said Adams was taken to the emergency room at Self Regional Hospital, where he was pronounced dead at 9 a.m. ET Sunday morning.

An autopsy will be performed Sunday by the Anderson County forensic pathologist, Coursey said.

Update #1 NFL.com reports that he did indeed die of a heart attack caused by an enlarged heart. (Thanks PSDB)

From the chicagobears.com report:

“We are stunned and saddened by the news of Gaines’ passing,” the Bears said in a statement. “Our prayers are with his family during this difficult time.”

Pro Football Talk updates that it's believed to be a heart attack.

Biggs confirms the same over at Chicago Breaking Sports, with the note that the Bears were intent on building their pass rush around him.

I know that a lot of us were fairly upset when we traded our pick for him, but I think we can all agree that no one should have to go so young.

Make sure you head over to Buc 'Em and check out their tribute as well.