Taking a Look in the Bears History Book: Bronko Nagurski

Share All sharing options for: Taking a Look in the Bears History Book: Bronko Nagurski

In this edition of Taking a Look in the Bears History Book, I am going to take a look at, not just a Bear, but one of the greatest football players of all time.

On Nov. 3, 1908, when Bronko Nagurski was born in Rainy River, Ontario, legend has it that Paul Bunyan sensed it and told his blue ox Babe, "We have a challenger!"

When I read this quote, I knew it was the perfect way to introduce the man of this post: Bronko Nagurski.

For those of you whose memory is fading, let me give you a little reminder of just who Nagurski was.

Bronislau Nagurski was born in Rainy River, Ontario, in 1908 to Polish-Ukranian parents. His family moved to International Falls, Minnesota, when he was 9 years old and was raised working on the farm and helping his parents run the family grocery store.

He was recruited to play football for the University of Minnesota in 1926.

Legend is that coach Doc Spears was searching for a player who lived in Minnesota's north woods, and became lost on the unmarked dirt roads. He came across a young man plowing a field without the aid of a horse, and asked directions. The young man picked up the plow, and quietly pointed the way, and Spears signed him on the spot.

There's also a story about when Bronko arrived at Minnesota and was greeted with the other freshmen by coach Clarence Spears:

Offering a hearty welcome to the new bunch, Spears extended his hand for a shake and said, "My name's Spears, what's yours?"

The intense freshman responded, "Well, Clarence ain't so hot either!"

At that point, the marriage was made and Nagurski was officially ready to become the most dominant and feared player college football had ever seen.

The 6'2, approximately 225 pound fullback was larger than almost everyone else on the field. He originally played tackle and end, but switched to fullback 2 years later.

[Bronko] would tend to crush opponents, whether running with the ball, blocking, or playing defense. In 1929, he became the only player to ever be named All-American at two positions in the same season, tackle and fullback.

In 1938, he had a son, Bronko Jr. Upon the arrival of his son, he asked Papa Bear for a raise to $6,500. Because of the depression, Halas had already cut Bronko's salary, and refused the raise. Nagurski then retired and took up wrestling full-time. (He had been wrestling on the side to help support his income.) 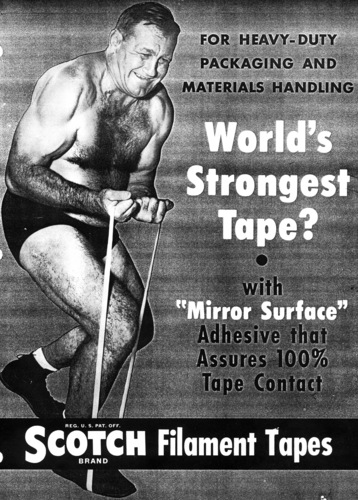 Bronko became a World Heavyweight Champion three times in his wrestling career, winning one title in 1937, and the NWA Title in 1939 and 1941.

After his third title,  he retired from wrestling to head back to Minnesota to farm full-time.

Because of World War II, Bronko was asked to come back to the Bears. The team was short on players.

He agreed, on the condition that he be allowed to arrive after the harvest, and that he only play tackle, doubting he could be effective as a running back. He had a strong season as a blocker and on defense, but trailing in the regular season finale, and needing to beat the arch rival Chicago Cardinals to advance to the league championship, Bronko returned to fullback and racked up 84 yards in one quarter, leading the team to victory. He scored one more touchdown in their championship game win over Washington, and then retired for good.

Now, onto the rest of the story...

Bronko lived out the rest of his 82-year life on the shores of Rainy Lake on the Canadian border. He preferred not to "toot his own horn" and refused most interviews. Other than farming, Bronko ran a service station in International Falls with his sons. He became famous in that little town.

"Once someone gets gas from Bronko, they never go anyplace else," a local told

"Is the service good?" asked the visitor.

"Does he have the best price?"

"Actually he is about three cents more expensive than everybody else in town."

"Then the gas must be better."

"No, it's just the regular gas from Standard Oil."

"Then why does everyone keep coming back to Bronko?"

can get it back off."

Bronko achieved many great goals in his lifetime. He was elected to the Pro Football Hall of Fame as a charter member in September of 1963. His fraternity, Sigma Chi, at the University of Minnesota-Twin Cities, has his jersey and Significant Sig recognition certificate on display. Also, after his death, International Falls honored him by opening the Bronko Nagurski Museum in Smokey Bear Park. (Becoming the only (known) museum dedicated to an individual football player.)

Bronko Nagurski was posthumously voted to have his name attached to college football's Defensive Player of the Year trophy (I'm sure you all have heard of the Bronko Nagurski Trophy). It is awarded annually to the collegiate American football player judged by the Football Writers Association of America to be the best defensively in the NCAA.

He was also ranked #35 on The Sporting News' list of 100 Greatest Football Players. This made him the highest ranking foreign player. In 2000, he was voted the second-greatest Minnesotan sportsman of the 20th century by the Star Tribune.

In the film version of Hearts in Atlantis, a fictionalized eyewitness account of Nagurski's 1943 comeback is the subject of a dramatic monologue. Another account is in the novel Magic by William Goldman.

His son, Bronko Jr., represented his father as an honorary team captain at the opening of the TCF Bank Stadium. He also went on to play football for Notre Dame and become an all-star with the Hamilton Tiger-Cats in the Canadian Football League.

In conclusion, Bronko Nagurski was not only an amazing football player, but an amazing person as well. It was fascinating to look up all of the information about him, and I could've written much more about him. (I tried to condense as much of the information as I could!) If you ever have spare time and are all caught up with the happenings on WCG, I would definitely recommend doing your own bit of research on this interesting Bear of the past. 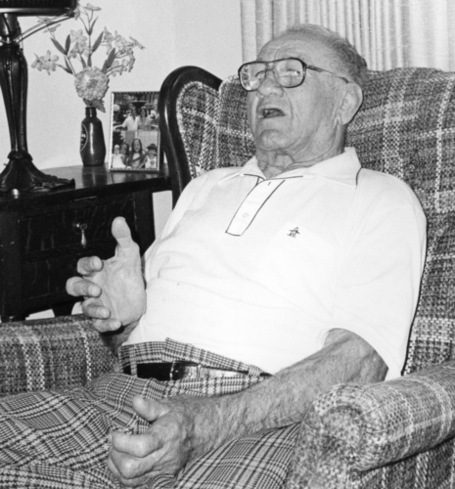 P.S. I also found this interesting little article about Bronko vs. a New Zealander, Lofty Blomfield, in a memorable wrestling/boxing match... and this cute, but grainy, picture of Bronko and his son.