...where we are hearing that a "mystery team" is also contacting Shanahan.

Presser scheduled at 2pm CT today.  Be there or be square.

As mentioned before, T. Shaw put on quite the performance this past Sunday.

G. Wolfe to undergo shoulder surgery now that the kidney is healed up.

Tommie speaks out now that the season is over.

Where will Shanahan and Cowher be working in 2010?

Another good article on Shaw.  Biggs digs up some numbers since 1995.

Pompei: Top priority should be a ball-hawking free safety.  I'll take a LG for 200, Alex.

If Sunday was Vasher's last game as a Bear, at least he went out as a starter.

Dick Jauron headed to the NYGiants?

Urlacher speaks up for Lovie.  With shirtless pic of the bald beast.

Top tacklers in Chicago for this season.  Guess who's #1?

Bears were smart with Pace's contract.  Releasing him only has a $666k salary cap hit.

Seifert's Third and One on the Bears.

Will he be our next DC?: 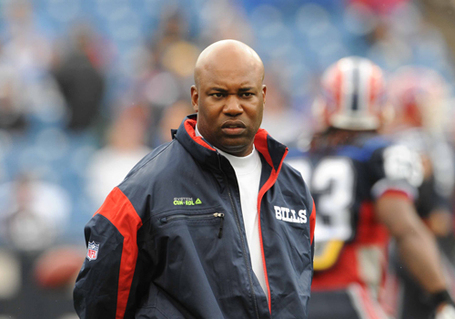