Share All sharing options for: The Inside Scoop: Bears Beat Writer Sean Jensen Joins WCG for Another Live Q/A Session 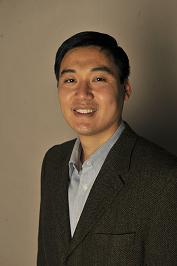 It's been a couple of weeks since Sean Jensen of the Chicago Sun-Times joined us, and we've certainly seen a lot of note-worthy football be played since then. First, there was the unspectacular game in Charlotte, NC that saw the Bears back-up QBs struggle just as much as the Panthers (which is scary), and then the debacle that was the game last week against the Seahawks.

The biggest issue with the team right now is the offensive line, and that is certainly a hot topic on the news wires this week (and last week, and the week before, etc). Headed into a week where the Bears need to find some offensive stability to relieve the pressure on the defense, as well as a week that pairs up the other two teams in the NFC North, there should be plenty to talk about.

Sean will join us around 3pm CT to answer our questions, so go ahead and start submitting now. Also, make sure to keep an eye on the S-T's blog Inside the Bears, as well as Jensen's Twitter page for real-time Bears updates.