From the Twittarchives: A look back at memorable tweets from the Sports Twitterverse

Share All sharing options for: From the Twittarchives: A look back at memorable tweets from the Sports Twitterverse 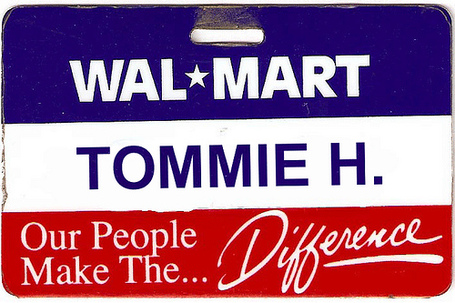 Sometimes, we like to shake things up a bit at Windy City Gridiron, and go in a different direction than other blogs. After another tough loss at home for the Chicago Bears, it's become apparent that we need something to take our minds off of the misery, and maybe distract us, even if it's only for a moment.

So, for this post, let's take a look back at some Twitter accounts, and see if we can find any Tweets from the past that might be worth re-visiting a second time around. Helmet-tip to some of our WCG staffers for helping put this together.

To start things off, let's take a look at some past Tweets from DT Tommie Harris (@RealDeal91). Thanks to David for picking these out, and for the pic:

I will be at gurnee walmart grom 5 to 7 come support . Thanks today (link)

I wanna fight mma what yall think I can go. (link)

@TaelarMade your breath smell like the inside of a whistle. Lol (link)

@Bodacious_69 money ampilfies who u are (link)

Up next, another Bears player, WR Devin Hester (@D_Hest23). Thanks to Jacob for these:

Man I got pretty boy wuts up tweet fans!!!! (link)

Fact of the Day: Everyone is always asking me "What's the key to my speed..?" My Answer:..."Red Bull really does give u wings!" (link)

Moving along, a person who has been in the media a lot lately, Jenn Sterger (@jennifersterger). Helmet-tip to Mike for these:

A drunk mans texts are a sober mans thoughts.

Is the level of douchey-ness in a guy directly correlated to the # of shirtless profile pictures he has on facebook?

Asking a girl out on facebook isn't really effective if your profile picture is of you and your girlfriend. #fail

Wish the opposite sex operated like NFL redzone does. Just let me know when I'm about to score, otherwise, don't bother me

"You can easily judge the character of a man by how he treats those who can do nothing for him." ~ James D. Miles

Up next, Skip Bayless (@RealSkipBayless). Thanks to Nique for these:

@terrellowens: I again offer you the opportunity to say anything you want to my face on live TV. You name place, day. Bring Ocho as backup. (link)

@ogochocinco: Your team capable of winning at Atl if your QB is less T.O.-conscious, gets you more involved, runs Ced. But next 3 tougher. (link)

Cowboys are the best looking 1-4 team I've ever seen. Have looked like the superior team for stretches of all 4 losses, but no winning plays (link)

Unless Favre is suspended, still believe Vikes can make playoffs. Decent shot at winning in GBay. After @NE, schedule gets much easier. (link)

Some guy just came in with a Vikings favre jersey. He looks like a weiner. (link)

Chris Johnson says he's going to get 2500 rushing yard this season. I say no. #nfl (link)

#nevertrust an aardvark with a watermelon (link)

has an unabashed love for episodes of the next generation. both Star Trek and Degrassi. (link)

@bradbiggs If Lovie thinks CWill is so natural at LT, why hasn't he been there for the past 6 weeks or so (link)

Huh. Guess we found out about that last one this year.

We're always looking to get our members involved, so if any of you want to make a compilation for consideration in next week's post, copy/paste the URL's into an email and send them to me. They can be anyone's Tweets that you like, as long as the person is somewhat sports-related.